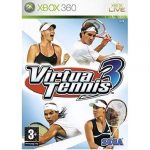 Developed by award-winning Monolith Productions for next-gen consoles and PC, Condemned revels in an unnatural level of psychological tension as you use instincts, forensic tools and melee combat to track serial killers and bring them to justice.

You are Ethan Thomas, an FBI agent in the Serial Crimes Unit, whose pursuit of relentless serial killers leads him through murky urban environments saturated with sociopaths, lurking with intent on the periphery of humanity.

A visceral, atmospheric thriller, Condemned is best played with the surround-sound cranked up and the lights switched off. The power of next-gen hardware enables Condemned to feature photorealistic backdrops, lifelike physics and highly sophisticated artificial intelligence

Be the first to review “XBOX 360 Condemned” Cancel reply